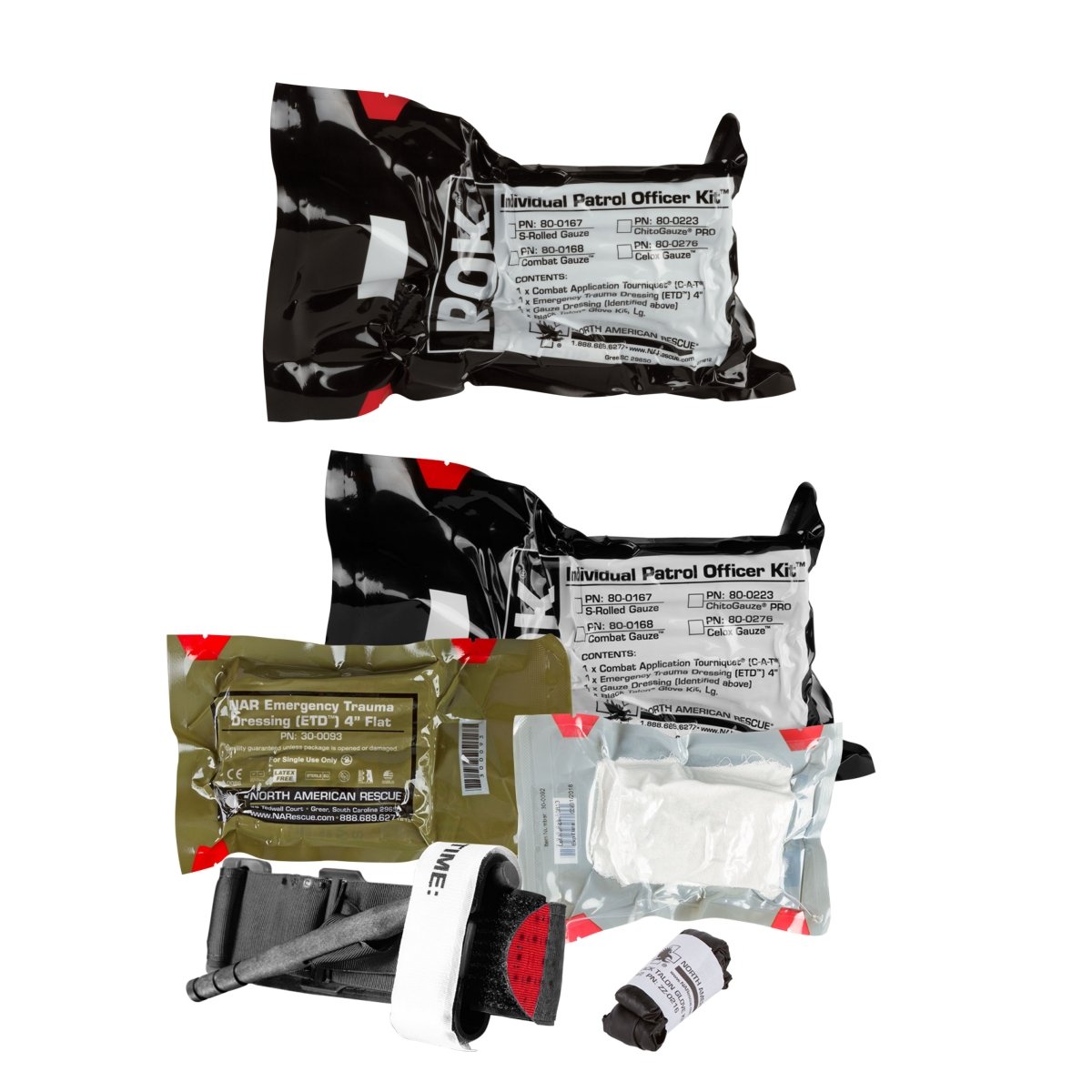 I was lucky enough this past month to take a Trauma First Responder course. There are two forms of the course i took, one aimed at EMTs/Paramedics and one aimed at Civilians. The main difference is with the test and not having to memorize all of the medical terms needed. It was a all day 8 hour course.

I might go over in more detail in the future about everything that was covered but for right now this is just a review. What ever info a say here is not meant to be used as medical advice, for informational purposes only.

Our instructor of Trauma First Responder started off the class by telling us Trauma is his favorite course to teach because it is the most easiest and is something everyone should learn how to do. The reason being is that there is really only so much one person can do on their own in a truly traumatic situation. He said that even with all of the hospitals in the Dallas Fort Worth area only two or three are truly equipped to handle a true trauma case.  Meaning we should not expect to arrive and to start performing surgery or anything to complicated. Our job is to cover the ABCs and to get the patient to a hospital that is equipped to handle the situation.

A dead medic cant help anyone

Our group before hand informed the instructor that we are CHL holders and wanted him to cover items that a CHL holder would come across (gunshots, car accidents, stabbings). He says that what ever the trauma you generally deal with it in the same ways. He did make it known that EMTs/Paramedics do not go into a hostel situation until the police say its clear. Which is why this type of training is so important to civilians who might be caught up in such a situation. This was reinforced with the LAX shooting indecent where reports coming out that the EMTs could not reach the injured until the police said it was cleared. Who knows how many more could have been saved if some one with training was on the inside.

When approaching a cleared scene the first thing is you need to make sure you and everyone else is safe, then check the ‘kinematics’ of the injury. What caused the injury? What is most likely damaged do to X?  Once you have approached you then do your initial assessments. How many patients? Who is critically injured and who is not? Plan to treat as you go but know that situation can always change. Don’t be afraid to ask others around you for help, calling 911, to hold the neck, anything. Also don’t be afraid to cut clothing as necessary.

From there we learned our ABCs

Now there are some talks of changing the order (BAC), but in the end as long as you cover those three main items then you have done the best you can.

Check and clear the airway as needed, stabilize the spine as needed. Clearing with your finger is not recommended, try and use a object to clear the mouth. If they can talk and swallow then their breathing cant currently be all to bad. If you see that they are clinching their teeth then there is a chance of brain nerve damage so be careful and support the neck.

We then learned about oral and nasal adjuncts that can be used to keep the airway clean. Try not to use a mouth/tongue version if they are still awake, use the nasal version instead if needed.  To size them you use the distance from their mouth (or nose for nasal) to their ear lobe. For the mouth you insert it at a angle to not scrape the top of their mouth.  For the nose use lots of lube and twist it in there.

How are the breathing? Fast? Slow? Without O2 it takes around 5 minutes for the brain, heart and lung cells to start dying. Kidney, liver and GI tract at about 40-90 and muscle, skin and bone at around 4 hours.

If the chest, lung, lung sac gets punctured you will have to create a seal for it. One way to notice is if you see bubbles coming from the injury. You can make your own seal with something that is air and water proof. You then place it over and just tape 3 of the 4 sides. Do not tape all 4 sides.

Do not use mouth to mouth (maybe if its a family member). Air has 21% O2 mix, exhaling (mouth to mouth) has 16%. Chest compressions will give sufficient air movement if the airway is clear. Someone can last about 20 minutes with no airway based on just the O2 in the blood. If you need to use mouth to mouth do it about one breath every 10 seconds.

Chest compressions should be done around 100 times a minute (sing “Staying alive” by the Bee-gees). Go about two inches deep, expect bones to break. It can be very tiring fast, so switch out often.

Air goes in and out, blood goes round and round

Circulation is more important than breathing. Chest compressions can help pump the heart.

Lay the person flat to keep the blood levels balanced in the body.

Breaks: Open fractures can be seen. DO not try and reinsert them, keep them covered and protected. Closed fractures can not be seen. You can use splits to help protect the injured area. Be aware of internal bleeding.

Possible blood loss due to breaks:

External Bleeding: Direct pressure is the best. If you cant stop it with direct pressure then use a hemostatic agent (Quick Clot, QC which burns when applied and painful when removed usually reopening the wound, others may not). Use a Tourniquet if all else fails. You will know when you really need one (amputation). Place it above the injury. When applied it can stay on for about 4-6 hours with out much extra damage. Its a good idea to know where the major arteries are located.

Bacterial protection is very important: Clean, Cover and Protect. If there is a object (puncturing) do not remove it.

Internal Bleeding: Three major sources, thorax/chest, abdomen, and major fractures. Not much you can really do about this one…

Lack of O2 to the brain is a major cause of altered mental states.

Cover and protect any exposed injury, and get them into a safe environment.

From there we started discussing first aid kits and EDC/BOBs.

Basically you just need to cover those ABCs (D and E as well, optional):
You can start with your basic standard everyday first aid kit. Make sure you have plenty of gloves. A bleeding agent like QuickClot. Plenty of compression gauze (combat gauze, Israeli bandages). Have some tourniquets and chest seals. Pretty much anything that will cover the ABCs.

Overall i found the trauma first responder course to be very worthwhile and i learned a ton. The stuff we covered I would not feel uncomfortable teaching to someone else let alone performing it if needed. What we did not cover was things such as IVs and tracheotomies or anything that in depth, just basic things everyone should know.  If you have the chance to take such a class i highly recommend it.